Punakha Dzong is one of the most beautiful and historically one of the most significant Dzongs in Bhutan. The architectural aesthetics of the Dzong embodies the traditional arts and craft of Bhutan. It is said that the architectural design of the Dzong was revealed to the chief carpenter in his dream. The Dzong is approached by a cantilever bridge as it is built on the confluence of two rivers. The Dzong has a central tower housing sacred shrines, an assembly hall for the monks and vast open courtyards where the festivals are held.  The spiritual leader who unified Bhutan was laid to rest in the Dzong. It is said that his embalmed body is housed in one of the temple within the Dzong and the temple is off limit to everyone except the King and the Chief Abbot. The Dzong also witnessed the crowning of the First King of Bhutan in 1907.

According to history, a Buddhist saint traveled to Bhutan from Tibet in the 15th century. This saint did not fit the description of a stereotypical Buddhist master and he indulged in alcohol, music and women. His unorthodox way of preaching Buddhism and offering blessing in the form of sex are legendary. He is popularly known as the Divine Madman. It is also believed that during his extensive travel across the country, he advocated painting phallus on the wall of the houses to drive away evil spirits and raise harmony among the family member.  While the cult’s popularity soared across the country, its center is traced back to this village, where a temple was built subsequently to honor the saint. The temple has the original symbol of phallus that the saint had brought from Tibet.

Known as the temple of fertility, childless couples make pilgrimages to the fertility temple where a Buddhist monk blesses them with a wooden phallus.  As per Buddhist astrology, when a couple is not compatible, conceiving a child is not possible and prayers and blessings have the power to increase compatibility between couples. Many tourist women from across the globe visit this temple in hopes of conceiving.

Things to do in Punakha 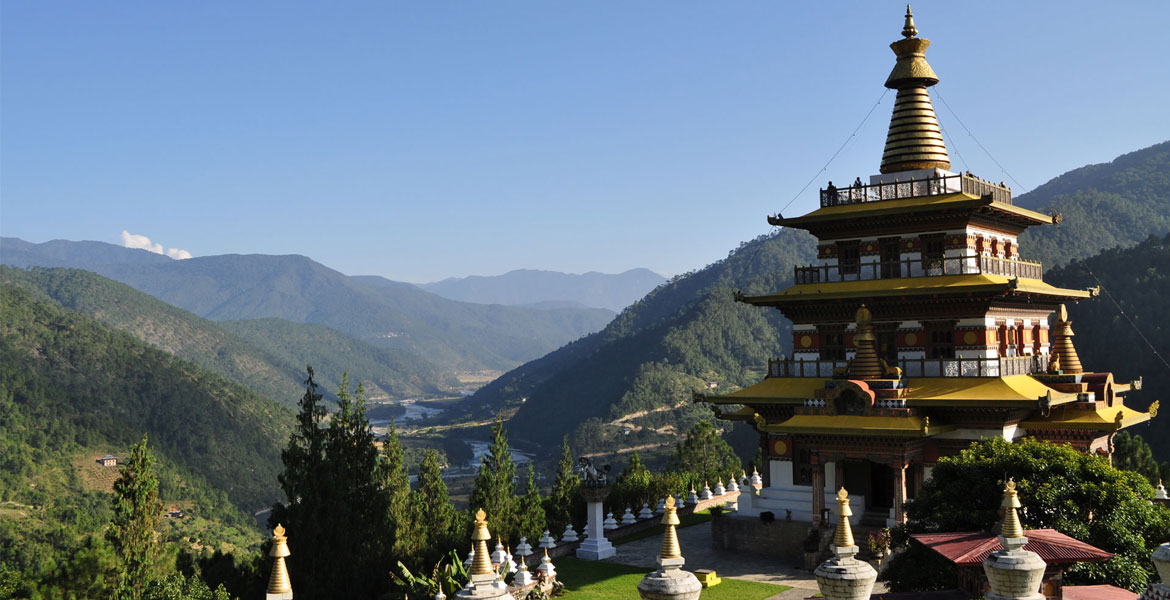 The idyllic Khamsum Yuley Namgay Chorten is built on a ridge in the northern countryside of Punakha valley. It takes 30 minute drive to reach the countryside from Punakha town and the journey continues for another 45 minutes on foot. Hikers will start the hike through the paddy fields. The way the terraces are built fed by the irrigation channel, hiking during the plantation or the harvesting season offers a scenic view of the countryside. At the base of the hill, the real trail begins through the pine forests. Upon arrival hikers can enjoy the spectacular view of the valley below.